A network is a term that represents the interconnection of two or more hardware for data or resource sharing and automatic digital communications. For example, the Pcs/laptops may be connected over wired cables/telephone lines, radio / electromagnetic waves, infrared light beams, or satellites. This page brings up creative Network Project Ideas with important research updates in recent studies!!!

Certainly, our experts inspect the network well and help you to decide the best way of network connection in terms of resources and requirements. As a result, it let you make a new network or improve the existing one through modern technologies. 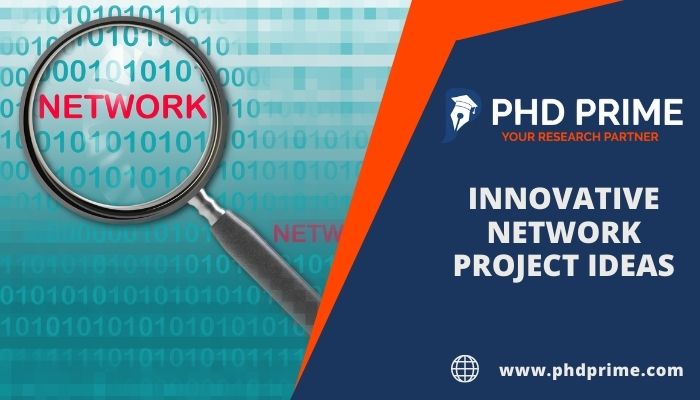 How does a Wireless Network Communicate?

Similar to appliances like transmitters, small screens, and phones, a wireless network also utilizes radio waves where the communication is more just the same as two-way radio communication. At first, it’s transformed the information into a radio signal using the wireless adapter and transfers it to the endpoint through the antenna. Next, here we have discussed the research issues that give you unique Network Project Ideas.

What are the Technical Challenges in Networks?

What are the Popular Network Simulation Tools?

How to do Network Simulation?

Network simulation is a practice of designing or modeling the network behavior through a specially designed software program that also supports different services and applications. This simulated model computes and analyzes the communication among the diverse network entities such as nodes, RSUs, switches, routers, access points, links, etc.

Here, most of the simulators use discrete system modeling where the state of the system/variables differs at discrete points in time. Here, to evaluate the behavior of network and protocol in various circumstances, it changes the different environmental elements meticulously. We guide to implement the research network project ideas using simulation tools of your choice.

The main aim of this system is to provide lightweight schemes for the resource-constrained environment. For that, we have proposed Lightweight Blockchain Technology-assisted Multiple Zone DAGs and Consensus Algorithm. Here, the network is constructed based on the following three levels,

To conclude, the proposed work is proved as the lightweight mechanisms which are suits well for resource-constrained environment in all aspects and further assessed based on the following performance parameters,

For your awareness of current research topics, here our experts have shared a few significant ideas. More than this, we have several Innovative Network Project Ideas. So you can connect us to know about that information.