What is a Wifi simulator? The analysis of wireless networks, the connections between different networks including nodes, access points, and links will be examined with the software program, determine the functionality of the wireless network is performed and visualized using a WiFi simulator. 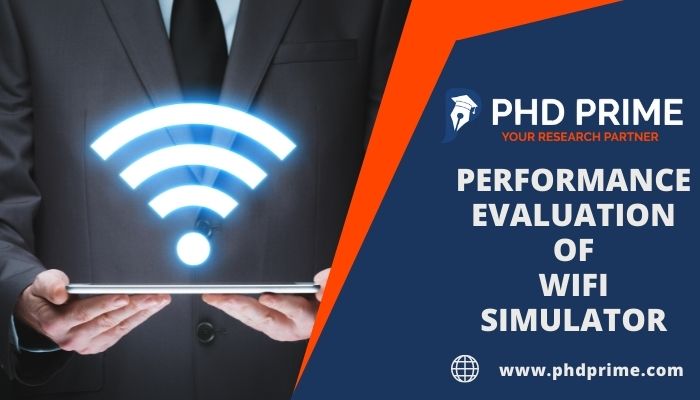 Uses of Wifi simulator can be seen in a wide range, let’s try to understand the ways

So, as we discussed the uses of WiFi Simulator, we can now understand the areas in which Wi-Fi simulators are utilized. Moreover, we are providing you guidance through practical explanation in a step-by-step manner. Our research experts are well equipped in handling all kinds of simulation tools and they are open to sharing their knowledge and experience. Further, we can move on to the next topic, which is the Capabilities of WLAN Protocol.

.   “This article contains the entire knowledge about WiFi  projects. So, this article helps you find your upcoming project ideas based on the field of Wifi simulator”.

So far, we have discussed the capabilities of WLAN protocols. It gives us conceptual clarity on each of the sub-topics. From this above information, we can learn a lot of technologies and their functionalities in depth. These are all useful for your projects in an individual way. Consequently, we are providing online guidance for your extraordinary projects. So, you can save valuable time with us.

Versions in their simplest terms, talk about the updated technology in the field of WiFi simulators. They are explained in detail as follows,

INET is used in Omnet++ for the simulation of wifi. Moreover, in this current world WiFi is the universal and extensively used wireless networking.

WiFi will be activated in INET by including them with Ieee802.11Interface.  Ieee80211ScalarRadioMedium was a transmission medium module that works in the network was necessarily needed by WiFi networks. Access point type was constituted by APs.

In Omnet++, the elements of the wireless interface depend based on the functioning stage. Ieee80211Interface has certain elements, they are as follows,

The levels and roles of management components will be varied based on their execution:

In the layers of MAC, One of the component type Ieee80211Mac, constitute IEEE 802.11 MAC. With the standard IEEE 802.11-2012 Part 1, Execution is made. Wireless LAN Physical layer (PHY) and Medium Access Control (MAC) specifications.

There are various types of radio; among them, we can choose various levels in depth in the physical layer with a suitable transmission medium. They are

Hope that you are clear with this information about Omnet++, for any further doubts or clarification; our experts are here to help you with it.

Ns-3 is one of the versions of WiFi simulator, in which it tries to issue an exact execution level of MAC with a group of 802.11 models along with the design of PHY level of description with 802.11a. Ns-3, while building point-to-point topologies, utilize CSMA and point-to-point helper objects.

Ns-3 will undergo specific changes in its functioning from time to time, as it has progressive transmission.

Information about WiFi infrastructure network was discussed below, it is basically transmission process happening in Ns-3 from one node to another and includes sender from one node to the receiver from another node.

The above points depict the versions in WiFi simulators and we viewed them in a descriptive way. Here, we represented the Research topics regarding Wifi simulation. These project titles will help you gather information about various areas. Generally, the default constraints of research ideas are uniqueness. That is, your research idea should be original with future scope. Also, it should be either continuity of previous research for betterment or new study for invention. Let’s look into it some of them.

Coming to the end part, we would like to inform you that our experts provide you with the best services in research and development. Moreover, we have many numbers of innovative projects in the field of WiFi simulators. For any information, communicate with us for research ideas.