Wireless Sensor Networks (WSNs) are intelligent networks for information distribution that is sensed from the environment. Here, the data is transmitted over wirelessly connected nodes, base station, access point, and gateway. From this page, the scholars can get to know the advanced Wireless Sensor Network Project Ideas with its future directions!!!

As a matter of fact, WSN is an open platform for scholars with a broad range of new research advancements and issues. The current basic WSNs limitations have contended with localization, low-power usage, security, channel access, etc.

For this reason, it is essential to incorporate other evolving technologies such as learning algorithms (ML & DL), edge fog networks, blockchain, and many more. As a result, it is effective to sort out new encounters implemented in IoT through the following evolving research methodologies. 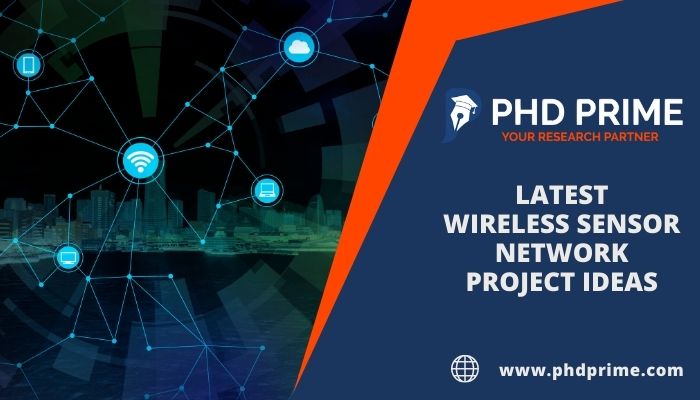 From the above-specified areas, let’s deeply discuss the Wireless Antenna Sensors since it is one of the high demanding ideas in the current year. Most probably, the IoT-oriented subjects are largely dependent on the improvement of wireless sensors.

In general, antennas are used for many purposes such as sensing, power need, and transmission. In specific, antennas are employed for supporting applications of low power consumption to improve the following aspects,

By knowing this area’s importance, our research team has gone through several recent research papers, journals, magazines, and articles to find the current demanding ideas over this area. After a deep study, we have come to know that it is widely spread in the following applications.

In above, we have specified only a few applications more than this there are infinite numbers of research trends. In addition, we are currently working on several awe-inspiring Wireless Sensor Network Project Ideas. And few of them are as follows,

Just to let you know about important aspects of the WSN project. We have handpicked one wsn research topic as a sample. From this, you can know how the WSN project will be developed, how the project is divided into modules, how the modules are interconnected with each other, how the overall system performance is evaluated.

In this system, we have proposed a new Source Location Privacy Scheme for Wireless Sensor Circular Chessboard using Q-Learning and ECC-ALO algorithms.

An adversary is placed close to the sink node which attempts to capture the source location. Also, it can view the entire network communication pattern for global view purposes as a Global attacker.

On the whole, we assess the proposed system performance by means of the below metrics,

Further, we are frequently undergoing studies for knowing changes in trends and developing up-to-date research wireless sensor network project ideas. For your awareness about a recent study, we have given some important research ideas.

Further, if you want to know more about Wireless Sensor Network Project Ideas, then contact our team. We are sure to help you in your needy time to fulfill your research goal.